It's hard to believe Absence launched 6 weeks ago. Downey and I arrived via an appearance on BBC Radio and met enthusiastic people. We drank coffee and beer and sat with Bronagh Lawson (of the wonderful Creative Change NI) and Meabh Cormacain, my liason with the funders, UnLtd. The plan was we'd speak for ten minutes in total, but the ladies went first and made me blush. Then Stephen's mammy heckled the pair of us to stand.

I've no photos but they'll likely show up. It was a busy great night and we managed to work in an interview with Peter McCaughan of Culture NI.

In the weeks that followed, Joe McStravick decided to make a film about my work on Absence, and Gran. When it sees the light of day, you'll be able to see Stephen's smart art studio and meet my parents, who brought a handful of photos of me as a babby.

I've also been in discussion about translating the book to Italian and Irish. Oxicomics are hoping to release versions for Android and something called iOs in June. I have 180 packs of 10-11 comics each for the Post Office when it re-opens. There's also the 100 packs for Libraries NI and this is were my week gets a little unusual. 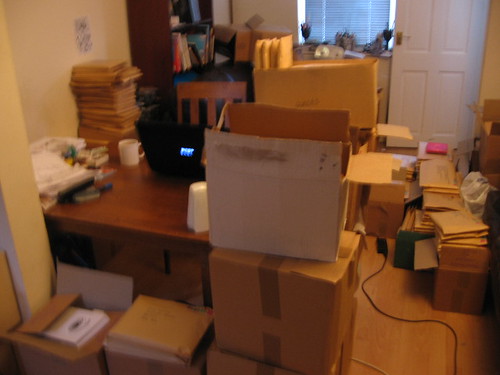 Northern Ireland has 6 library headquarters, each HQ will taking a box for their region. This is a great help and as it turns out, vital, as the project is looking over-budget due to various hiccups in the costing. Now, on my unemployment benefits, I get 1/2 price travel on buses anywhere in the province. So I figured I'd spend the week travelling between these libraries; it works out marginally cheaper than sending the boxes by post. I get to see a bit of the province too, and maybe talk to some folk.

My improv at this stage is:

I think I'll be tweeting.

UPDATE: Stephen Downey will be signing copies of Slaughterman's Creed and Absence at Forbidden Planet Belfast on Saturday 11th June, between 1-3pm. And I'll be joining him.